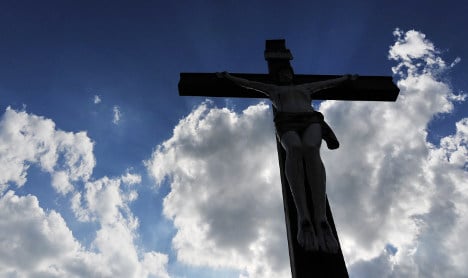 Around 60 percent of the country is currently Christian with 24 million Catholics and 23 million Protestants. But that number is falling by 500,000 a year through deaths, the Welt newspaper reported on Friday.

The decline is expected to sharpen over the next decade as the bulk of church members are already elderly.

By 2033 churches will have less than 40 million members making Christianity a minority, the paper said.

And out of those that identify themselves as Protestants, the number of people who go to church regularly is far smaller with four percent of Protestants attending church on Good Friday, the paper reported.

It is a similar picture among Catholics. Back in the 1950s one in two German Catholics regularly attended church services. The number has now fallen to just 12.3 percent, according to the German conference of bishops.

The decline in Christianity is also having an effect on church upkeep. In March The Local reported that churches were being auctioned on eBay.

In formerly Soviet-controlled East Germany religious people are already a minority with 52 percent of people saying they did not believe in God in a study for the University of Chicago last year.

Just eight percent of East Germans surveyed said they believed in a God “personally concerned with every human being.”