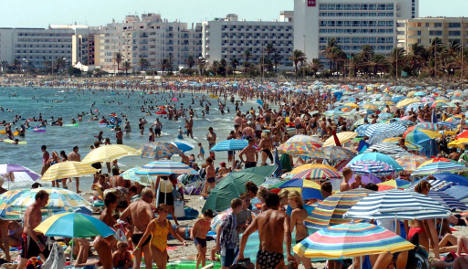 The couple were attacked on the holiday island of Mallorca on Friday evening. Police found them hours later, lying on their bathroom floor with their feet and hands bound.

The 65-year-old man was pronounced dead when police arrived, while his wife was taken to hospital to be treated for head injuries and shock.

Local press reported that there was no sign of the robbers when police found the couple at 11pm after being alerted by neighbours. It is not known made off with.

The couple from Hamburg had sold their restaurant business on the island for €300,000 months before to Russian businessmen, according to local press reports.

The man, named as Rainer V., had run the restaurant in the resort of Cala Millor for years and had just sold up and retired, moving to a quieter area.

Police sources said there were injuries all over his body, but the cause of death has not been established. The 67-year-old woman, named by the Bild newspaper as Irene K., is now in hospital.

It is thought the gangsters broke into the flat through a broken garage door.