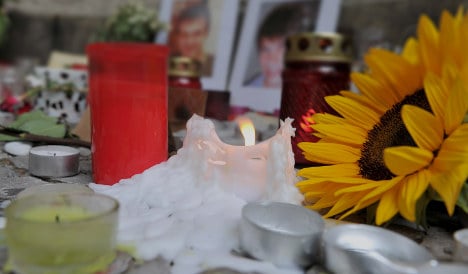 Indonesian police said on Thursday that the death of the two brothers from Berlin after a heavy drinking session was not suspicious, despite reports suggesting they had consumed tainted alcohol.

Toxic bootleg alcohol is common in Indonesia and causes many deaths each year. But Semarang police chief Elan Subilan said he did not think the brothers had consumed tainted drinks, contrary to some reports and said a criminal investigation would not be started.

“We carried out a scientific investigation and an autopsy result showed that Lukas suffered from alcohol poisoning as he drank too much that night,” he said. “We have questioned six people and did not find any evidence of wrongdoing linked to Lukas’s death,” he said.

One of the Indonesian friends involved in the drinking game was also admitted to hospital for three days but had since recovered, Subilan said.

Lukas B., 19, died on the main island of Java last week after downing whisky mixed with soft drinks during a drinking game with his brother, Felix B., and Indonesian friends earlier, police said.

Lukas, who was volunteering as a teaching assistant at an Indonesian charity, died on Sunday August 18th – three days after the drinking game at a hotel in Semarang in Central Central Java province.

Felix, 23, who was visiting his brother, left before Lukas died but was admitted to hospital in Qatar en route back to Germany when he fell ill.

“We’ve been informed that his brother, Felix, has also died, in Doha,” a spokesman for the Germany embassy in Jakarta said.