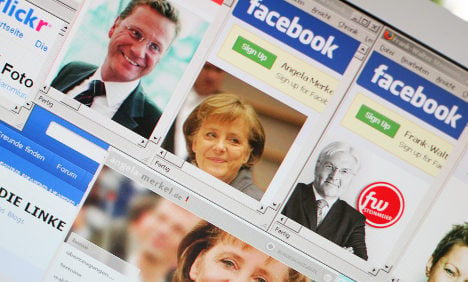 Germany was the fourth most active country in the world asking Facebook for data, coming in behind the USA, India and the UK.

But it had one of the lowest success rates, with the company releasing information for just over a third of requests. The USA had a success rate of 79 percent to Germany’s 37 percent.

Germany’s press, politicians and public have been particularly supportive of data privacy in the wake of the NSA scandal sparked by revelations from whistle-blower Edward Snowden of a mass spying operation.

But Facebook’s report shows that the government has no qualms in trying to get private data. It also shows that Facebook does indeed pass over information to authorities – it was part of the PRISM project.

Facebook released their Global Government Requests Report on Tuesday for the first time showing that 74 governments had attempted to get information on 38,000 users.

The report showed that Germany made 1,886 requests to Facebook for information on 2,068 accounts and users.

Facebook did not release information of what data governments were after, be it profile information, photos or details of friends, but it said the requests were coming from “law enforcement” authorities.

They said in a statement: “We want to make sure that the people who use our service understand the nature and extent of the requests we receive and the strict policies and processes we have in place to handle them.

“We hope this report will be useful to our users in the ongoing debate about the proper standards for government requests for user information in official investigations.

“And while we view this compilation as an important first report – it will not be our last. In coming reports, we hope to be able to provide even more information about the requests we receive from law enforcement authorities.”

The company said it wanted to publish similar reports every six months and said it had “stringent processes in place to handle all government data requests.”