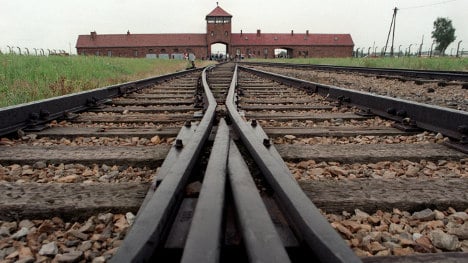 Most of the suspects are aged in their nineties and they live in across Germany including in the former communist East, chief investigator Kurt Schrimm told newspaper the Tageszeitung.

The list of alleged guards at the concentration and extermination camp in what was Nazi-occupied Poland initially contained 50 names, but some of them have since died.

“These accused have so far not been informed that they are now in the crosshairs of justice”, said Schrimm, senior prosecutor at the Central Office for Resolving National Socialist Crimes.

More than 6,000 SS personnel served at Auschwitz, where about 1.1 million Jews, Roma and Sinti and members of other persecuted groups died in gas chambers or of forced labour, sickness and starvation.

For over 60 years German courts only prosecuted Nazi war criminals if evidence showed they had personally committed atrocities, but since a 2011 landmark case all former camp guards can be tried.

In that year a Munich court sentenced John Demjanjuk to five years in prison for complicity in the extermination of more than 28,000 Jews at the Sobibor camp, where he had served as a guard.

The investigative office, set up in 1958, has carried out more than 7,000 probes but has no powers to charge suspects itself. Instead it sends case files to regional prosecutors who then decide whether to pursue suspects, who must also be judged fit to stand trial by the courts.