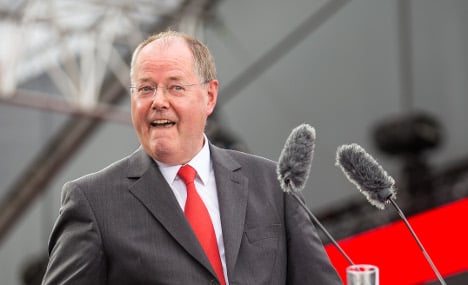 Peer Steinbrück put the files on his website on Thursday stating that he wanted everyone to be able to see them.

The leader of the Social Democrats (SPD), who is hoping to unseat Angela Merkel as chancellor in elections on September 22nd, said the files did not contain any explosive revelations, but they meant he had found out who was spying on him for the communist East German state (DDR) during his time there.

He worked for the West German government in the DDR for a short time in 1981, but he said: “Neither the Stasi or the secret service tried to make contact with me.”

Steinbrück appeared amused at the report which the Stasi had compiled on him, in which the spy claimed he was a “Marxist”.

He said the report showed how the Stasi spies had made mistakes. They even got the name of the minister Steinbrück was working for wrong.