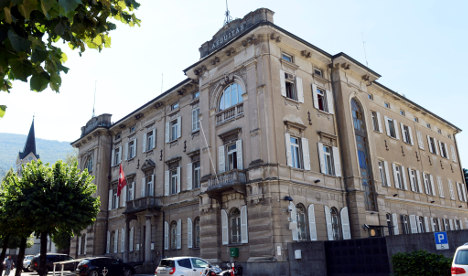 German Lutz Otte worked as a contractor for Swiss private bank Julius Bär when he gathered information about the bank’s wealthy clients, including their names, addresses and account numbers, between October and December 2011.

He reached an agreement with a Switzerland’s Federal Criminal Court on Thursday which jailed him for data theft. The 54-year-old computer technician agreed to plead in return for the three-year sentence, half of which was suspended.

Otte had compiled the list of German clients with assets of more than 100,000 euros, Swiss francs, British pounds or dollars, and passed it on to a retired German tax inspector.

In exchange, he had been set to receive €1.1 million, although he had

only received part of that amount by the time he was caught.

his own back-tax debt to German authorities.

Otte began working as a contractor for the bank in 2005. Julius Bär declined to comment on the verdict.