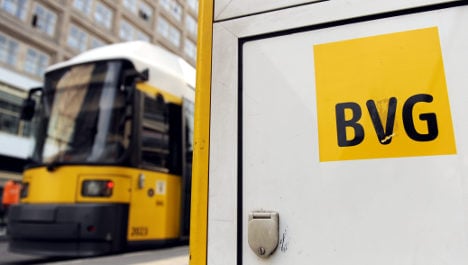 Public transport chiefs took the decision to scrap them last year but had to see out a contract before they could be pulled down.

The brothel, Artemis, started advertising on the city’s public transport network in 2006 prompting a host of complaints from passengers.

Berlin’s public transport authority (BVG) took the criticism on board last year and voted to scrap the controversial adverts, but had to wait for an advertising contract to end before they could finally be replaced.

A BVG spokeswoman told The Local that they would not be allowing any similar adverts in the future.

A spokeswoman also told Berlin newspaper BZ: “There were complaints from some passengers who didn’t want children and young people to see the adverts. We decided in a vote to end the contract with Artemis.”

The huge adverts covered the side and windows of Berlin’s yellow buses and trams with the details, website and phone number of the brothel.

SEE ALSO: ‘I come to Germany for the prostitues. It’s like Aldi’

Germany’s second biggest political party, the SPD now wants to get rid of them.

The party’s spokesman for young people Björn Eggert told Berlin newspaper the BZ: “Families can see these explicit adverts in front of shopping centres like Alexa [in central Berlin]. That should not become the norm.”

Eggert called on people to contact the city authorities if they saw adverts which they felt overstepped the mark.