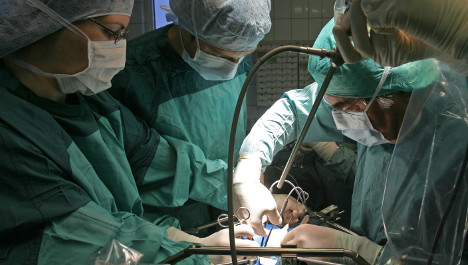 Photo: DPA. Organ donations have dropped since the scandal broke.

He faces 11 counts of attempted manslaughter in a nationwide organ donor scandal.

The 46-year-old former chief transplant surgeon at Göttingen University Hospital, identified only as Aiman O., denied all 11 counts before the court in the central German city.

He also faces three charges of causing bodily injury resulting in death for having transplanted livers to unsuitable patients. In all three cases, the patient died.

His defence team rejected prosecution charges that he manipulated patients’ medical records which he sent to the central procurement agency Eurotransplantin an attempt to move them up the waiting list for recipients. They blasted the accusations as “absurd”.

The surgeon, who has been in remand custody since January, faces at least three years jail if found guilty.

The case is part of a wider organ donor scandal in Germany. His trial is the first stemming from a wave of medical scandals that erupted more than a year ago and diminished trust in the organ transplant system and Germans’ willingness to consent to donating their organs after they die.

Organ donor irregularities have also been reported in hospitals in Munich, Leipzig and Regensburg.

Prosecutors argue that in such cases the victims are those patients who are in greater need of new organs but miss out and may die as a result.

About 12,000 patients in Germany are on waiting lists for organ transplants, but the number of potential donors has shrunk since the scandal broke, and a nationwide advertising campaign has sought to boost numbers again.