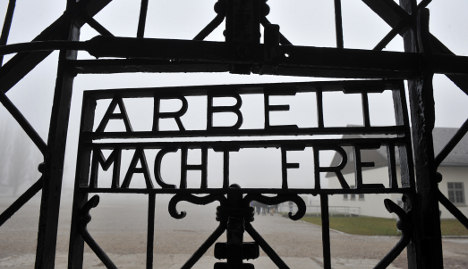 Merkel will travel to Dachau near the southern city of Munich on Tuesday, becoming the first German chancellor to visit the former camp.

In her weekly podcast, she said she felt “very ashamed” that police had to be deployed to prevent the desecration of Jewish institutions in Germany.

“We must never allow such ideas to have a place in our democratic Europe,” Merkel said.

“We know that we live in a democracy today. But we also know that this democracy is always under threat,” she said, pointing to the far-right extremism that persists in Europe.

The Nazis opened Dachau as a concentration camp for political prisoners in March 1933, just weeks after Adolf Hitler took power.

Over 41,000 people were killed, starved or died of disease before US troops liberated the camp in April 1945.