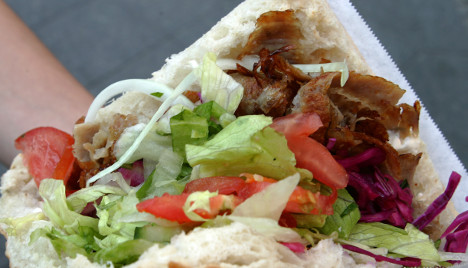 They took ginger, cloves and chlorophyll and created a drink they dubbed Papa Turk, and have generated so much enthusiasm that they have delivered 10,000 bottles to kebab shops in western areas of Germany.

Two of the students, Jan Plewinski and Roman Will, came up with the idea while drinking in a pub, newspaper Westdeutsche Allgemeine Zeitung (WAZ) reported on Friday.

At the time they were working in offices but were unhappy with their jobs. “We wanted to become independent,” Will told the newspaper. “We researched online what natural products fight bad breath.”

They read that parsley was often chewed to get rid of the problem because it had lots of chlorophyll. That led to them mixing it with cloves and ginger in a pot in their flat.

But Will said the first batch tasted of “soup with old socks” so they called on 27-year-old student Tobias Balke for help. He was studying the science of drink and made the project part of his degree.

He initially mixed the chlorophyll with ice tea but only got a cloudy broth. “The first attempt was very frustrating and it did not look good,” the WAZ reported.

It took the team months to perfect the recipe with mint, tea and lemon.

Initial tests in a kebab shop in Bielefeld have been successful and the 10,000 bottles were delivered to other German takeaways this week.