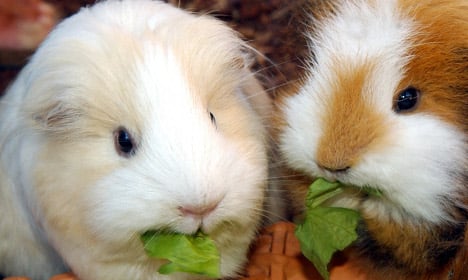 Münster University’s biology department keeps 13 very vocal male and female guinea pigs together in one big cage outdoors. On it, a sign states “These animals live in non-committal, mixed-gender groups and mate with every possible partner.”

The Bild newspaper reported on Friday that the guinea pigs are so noisy – particularly at night – that the institute for neuro- and behavioural biology’s next-door neighbours have filed a complaint at Münster’s administrative court.

On Thursday, a judge confirmed to the paper that the cage was too close to the couple’s house. It is just two metres from where their garden begins. Legally, it should be three metres away.

But the institute says the cage can not be moved, and a spokesman from the North Rhine-Westphalian university told Bild that they hoped that “the ruling doesn’t mean the end of their renowned behavioural research.”