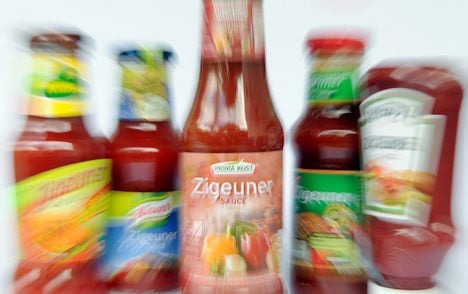 To Germans, “gypsy sauce” is a sticky, tomato and pepper sauce, with or without onions. But for the Hannover branch of cultural organisation the Forum for Sinti and Roma, the name is offensive.

The term “Zigeuner”, or gypsy, is loaded with negative connotations, said lawyer Kerstin Rauls-Ndiaye, who works at the law firm which has sent a letter to five major food manufacturers asking them to change the name.

Although, she told the Süddeutsche Zeitung, it was “clear that the food companies do not want to discriminate anyone when they use the word in relation to a sauce or a schnitzel,” Rauls-Ndiaye explained that the group should insist it be changed.

Markus Weck, director of food makers Weck told the paper that “customers know exactly what they’re getting when they buy Zigeunersauce. This meant it would not be easy to change the name, he added, while stressing that the company was taking the request seriously.

Referring to the letter, Weck said that “as long as the request is a stand-alone case, we will not feel forced to do something.” But if it became apparent that a large group of people were offended by the name, they would reconsider, he said.

Food giants Unilever told the Süddeutsche Zeitung that it felt similar to Weck, but also that it was open to compromise. But for such a compromiseto happen, the company said it would need to see consensus from the Roma and Sinti community that the name was offensive.

The central council in Germany for Roma and Sinti people said it understood the forum’s complaint. It told the newspaper that while the term gypsy was technically neutral, it did “show a clear link with extremely negative preconceptions or even racist stereotypes.”

It has not, however, called for a change of the name Zigeunersauce