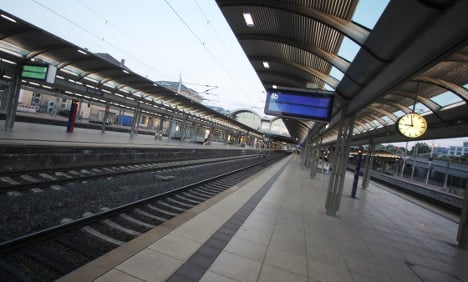 Regional rail traffic has been thrown into chaos as trains are re-routed around the Rhineland centre as Mainz station has become effectively un-usable for anything more than local trains. This situation is likely to last until at least the end of the month, the Süddeutsche Zeitung said on Monday.

Nearly half the 15 operating staff of the signal box are either sick or on holiday, leaving a shortage of people to guide trains in and out of the area. There is no prospect of getting anyone in to help in time, the newspaper said, because it would take months to train outsiders.

Deutsche Bahn’s subsidiary which operates the tracks – DB Netz – has already lost its production manager Hansjörg Hess as a result of the embarrassing situation after Transport Minister Peter Ramsauer intervened.

The fear was, the Süddeutsche Zeitung said, that Mainz could be followed into chaos and even standstill by Cologne, Hamburg and even Berlin as signallers are in short supply across the country.

DB Netz chairman Frank Sennhenn told broadcaster ARD on Monday: “We have a tense situation nationally, that is right. We are currently looking to secure staff at signal boxes where we have a similarly critical situation.”

He said he hoped to be able to solve the Mainz situation on Tuesday, but promised that no-one would be forced to break off their holiday.

Rail workers’ union EVG said cuts made by Deutsche Bahn managers over the past few years had resulted in serious staff shortages which were only being patched over with overtime. They added that this increased stress and sickness among the staff who were left, and eventually lead to a situation like Mainz.

Personnel cuts were made in anticipation of Deutsche Bahn being sold on the stock exchange. After this plan was shelved, the organization was left with serious shortages, something which is being tackled but which will take time to change, the paper said.

There are currently more than 1,600 full-time, permanent jobs on offer, from designers for online projects to engineers. Many of these will be able to be recruited – but signallers have to be trained by the Bahn.