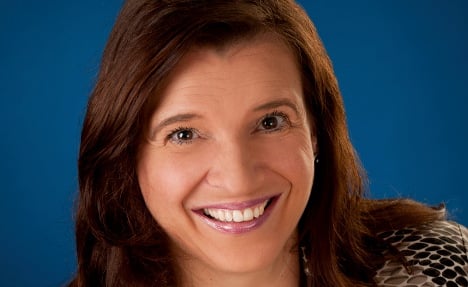 In the 1980 text she wrote that she had experienced a situation where, “no man and no woman, rather a child, in particular a girl,” could satisfy her needs.

Then just 19 years old, Döring said she was afraid of the law which punished the “love between adults and children”, and said she wanted “to do everything to change such laws.”

She added that she was not politically active at the time, and said: “As a married woman and mother of three children, my then immature thoughts are today unbelievably embarrassing – most of all with regards to my family and my current colleagues.”

She told the Frankfurter Rundschau newspaper she wanted to contribute to a general coming to terms with what she called a “really dark time.”

But she stressed she had not actually done anything reprehensible, rather that she was withdrawing her candidacy for a Wiesbaden constituency in order to protect her family and party.

But on the FDP website on Monday she was still listed as being a candidate but her personal website was showing just her statement.

And she is keeping her political job as chair of the FDP women’s group in the state of Hesse, the Frankfurter Rundschau said on Monday.

The essay written in a book called Paedophilia Today, was uncovered as part of a wider trawl for such material connected to politicians being conducted by academic Franz Walter.

He has been commissioned by the Green Party to write a report on political demands made during the 1970s and 1980s for paedophilia to be legalized. Much of the demands were coming from the Green Party, but, it seems, other political parties are also being caught up in the probe.