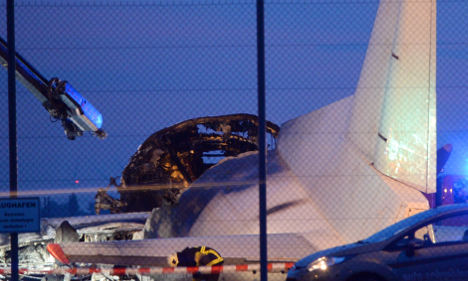 The plane at Leipzig/Halle airport went up in flames killing the birds and shutting the airport for an hour.

Airport spokesman Uwe Schuhard said that normal service was resumed at the airport after 3am. He added that passenger flights on Friday would not be affected.

The fire broke out shortly before 2am in an Antonov A12 and 60 firefighters in 15 fire engines tackled the blaze.

The plane was transporting chicks and it is not thought that any survived.

Authorities are investigating the cause of the blaze.