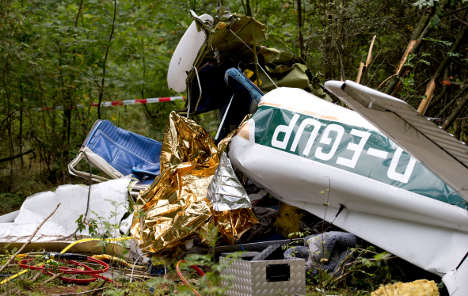 The HanseAir Cessna 172 craft came down among trees near Uetersen airfield Schleswig-Holstein on Wednesday lunchtime, the Hamburger Abendblatt newspaper reported.

The single-engine craft had taken off from the airport’s associated aviation school located near in the district of Pinneberg, 18km north of Hamburg.

Police in nearby Elmshorn were still unsure on Wednesday afternoon whether the plane was forced into an emergency landing. Further details remained unclear, said police, adding that an investigation into the incident had begun.

The pilot and at least one passenger died at the scene of the crash – the fate of possible further passengers on board remains unclear, said the paper.

The crash is the third in the area in the past year. In April a 52-year-old pilot and his 23-year-old daughter were injured when their ultra-light aircraft crashed as it came into land, skidding across a road.