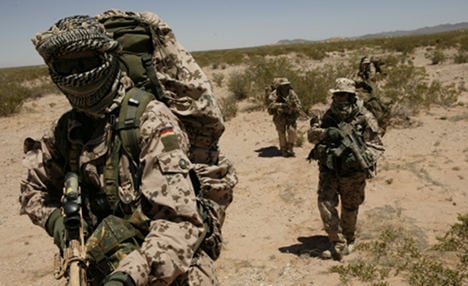 The Bundeswehr confirmed on Monday morning that a group of soldiers were on patrol seven kilometres from the Kunduz camp when they came under attack from explosives.

It is unclear how long the group, who the Bundeswehr referred to as terrorists, put the soldiers under siege, but five came away with injuries and a vehicle was damaged.

Ulrich Kirsch, Head of the German army association the Bundeswehrverband, is pushing for soldiers to remain in the Kunduz area even after the planned departure at the end of 2014. “The safety situation in Afghanistan can cause worry,” he told the Berliner Zeitung newspaper.

“To say that we wouldn’t need strike forces after 2014 might be a good election tactic, but it does not fit with reality,” he added.

Stand-offs with terrorists groups, like the Taliban, are thought to be responsible for 74 percent of soldier deaths, according to United Nations figures.