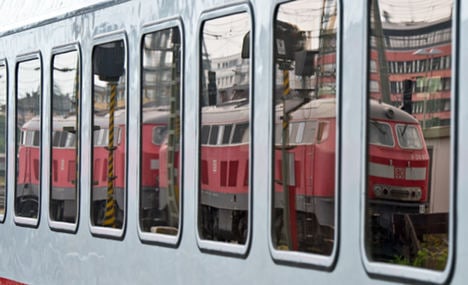 The unnamed man was, for an unknown reason, down on the tracks at the Messe/Deutz train station in Cologne at around 1am on Sunday night. An InterCity train was hurtling towards the station when the driver noticed the man on the tracks, Express regional paper reported.

Although the driver slammed down the breaks, the train ran the man over. Miraculously, however, he survived.

After the train came to a halt, the man clambered, unhurt, from underneath it. He then proceeded to shout at the driver for not stopping in time. The 42-year-old driver was stunned, calling on train staff to help him handle the man.

There were only 20 passengers on the normally busy train, and all were offered free taxis to continue their journeys.

Police said on Monday they did not yet know why the man was on the tracks, but that he would likely face criminal charges for dangerous behaviour.