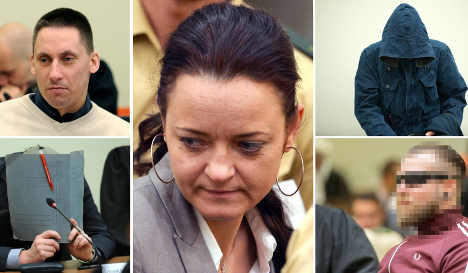 Experts have highlighted the need to take the threat from women operating in the far-right scene more seriously.

Green Party parliamentary member in Thuringia, Astrid Rothe-Beinlich, who has been looking into the issue for several years, warns that the threat from women in the far-right scene is by no means less than that from men.

Women, she feels, often help create a semblance of normality. “It begs the provocative question of whether without Beate Zschäpe the two men in the NSU [terror cell] would have been able to rob banks and carry out murders all the while being someone’s next-door neighbours?” she says.

Zschäpe was recently described as a “kind, good neighbour” during her trial.

And she is no exception, according to Renate Bitzan, sociologist and political scientist at the Technical University of Nürnberg. “Women perform a stabilizing role in the extreme right scene and make it easier for radical right-wing parties to attract members,” she says.

Bitzan has identified several roles for women in the far-right scene, including designing and distributing flyers, hiring rooms for events, writing propaganda texts, as well as sourcing and maintaining contacts and organizing events for children.

Increasingly, she says, children are growing up with two parents in the extreme-right scene.

Despite that, leadership positions in far-right parties remain dominated by men. Just three out of 33 members of the national board of the neo-Nazi NPD party are women.