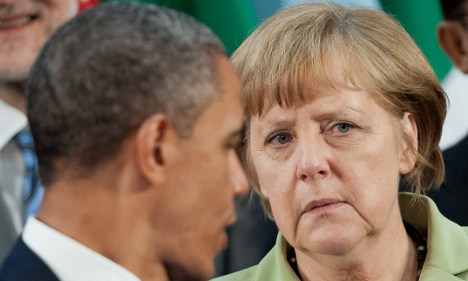 Foreign Minister Guido Westerwelle said on Friday the move was “necessary and proper” amid the debate on data privacy protection sparked by the snooping scandal which also ignited uproar in Germany.

his June visit and has come under pressure in the run-up to September elections over Germany’s knowledge of it.

Since then the government has announced a probe into ties between its secret services and US agencies whose sweeping online surveillance was revealed by fugitive intelligence analyst Edward Snowden.

Merkel has stressed that Germany “is not a surveillance state” and that “German law applies on German soil” but also conceded that this has its limits in the age of global telecommunication systems.

Washington and Britain had been annulled in “joint agreement”.

According to media reports, it allowed the former Allies to request surveillance data from Germany’s intelligence services when it related to the safety of their troops stationed in Germany.

“The annulment of the administrative agreements, which we have pushed for

in recent weeks, is a necessary and proper consequence from the recent debate

The government had stressed that the accord was effectively of no significance and no longer applied.

Germans are especially sensitive to the issue of state surveillance amid

memories of Nazism and the East German communist regime.