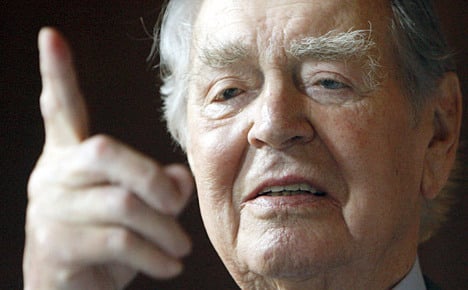 The industrialist, who died Tuesday, became supervisory board chairman in 1970 of Friedrich Krupp which merged in 1999 with Thyssen to form ThyssenKrupp, one of the emblems of Germany’s technological prowess.

After studying to be a banker, Beitz became a manager at an oil company in Boryslav which is now in Ukraine but during World War II was part of Nazi-occupied Poland.

With a relatively large Jewish population, Beitz witnessed their persecution, deportations and murder by the Nazis and still only in his 20s, he decided to act, making his company a refuge.

He was able to review the Jews being rounded up for transportation to the death camps and argue that he needed those suitably qualified for his business, backed by the help of his wife Else.

“Thus in August 1942, he extricated 250 Jewish men and women from the transport train to the Belzec extermination camp by claiming them as ‘professional workers’,” the website of Israel’s Yad Vashem Holocaust memorial said.

“We watched from morning to evening as close as you can get what was happening to the Jews in Boryslav. When you see a woman with her child in her arms being shot, and you yourself have a child, then your response is bound to be completely different,” the website quoted him as saying.

Yad Vashem later honoured the couple, designating them as ‘Righteous Among the Nations’.

In 1942 he was reported and questioned but, thanks to having a school friend in the Gestapo, was released.

Tributes swiftly poured in, including from the World Jewish Congress whose president Ronald S. Lauder called him “one of the great Germans of the past century”.

“He was a hero of the Holocaust at a time when it was a crime to be a humane person,” he said in a statement.

Chancellor Angela Merkel said Germany had lost “one of its most esteemed and successful” company figures and praised his “brave and exemplary” efforts for wartime Jewish workers.

President Joachim Gauck described him as a German symbol for “socially responsible company management and strength of character”.

Beitz, who would have turned 100 in September, was recruited to Krupp, which had been part of the Nazi military machine, in 1953. 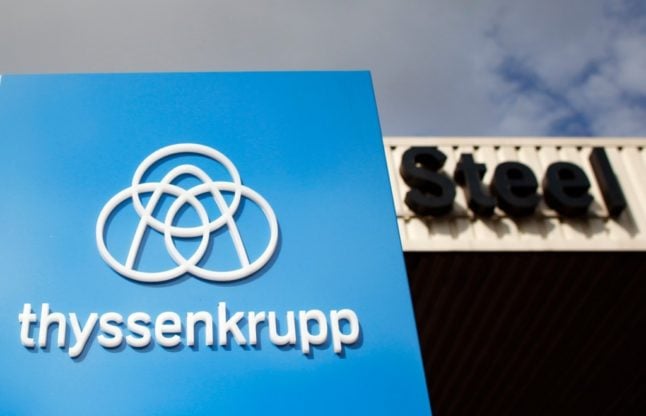