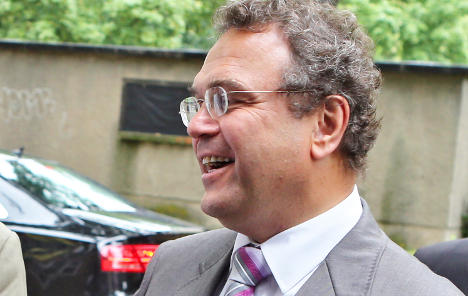 Germans have got it all wrong when it comes to the NSA spying scandal, said Interior Minister Hans Peter Friedrich on Monday.

“They think that thousands of Americans are sitting there and reading our emails and listening in on our phone conversations,“ he told a security conference in Riesa, Saxony. “It’s a completely nonsensical vision.”

German citizens shouldn’t let themselves get worked up about it, said Friedrich. All the secret services did was just filter communications, he said, adding that it was not technically possible to mount surveillance on individuals.

For example, they gathered information such as the telephone numbers of potential terrorists in countries such as Somalia, Mali or Pakistan – and those of anyone in touch with these people based in Germany.

“It’s about the fact that we have a world wide network of organised crime and terrorism and that this network has to be illuminated in some way,” said Friedrich, adding that for Europe, this was a fundamental security question.

Around 1,000 young people from Europe had gone elsewhere to be trained in weapons and explosives, joining a Jihad holy war against the West, he said. And it was only a matter of time, said Friedrich, before they returned to wage this war in Germany and Europe.

For weeks Germans have been hotly debating revelations that the US secret service NSA had been indiscriminately monitoring everyone’s communications – yet the details and the scope of this operation remain unclear.

The German government is trying – so far unsuccessfully – to find out more from the Americans. However, Friedrich was able to reassure people that America was not involved in any industrial spying against Germany – “the Americans made that very clear,“ he said.