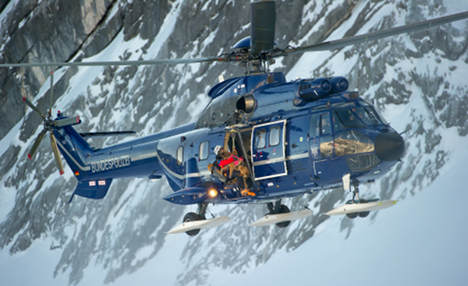 The German Alpine Club (DAV) is concerned that climbers and walkers are increasingly pushing themselves beyond their limits – since 2002, the amount of emergency calls to mountain rescue has tripled, said Süddeutsche Zeitung.

People seem to be attempting harder and longer routes and often find themselves too exhausted to continue. These account for 37 percent of all German call-outs to mountain rescue teams.

The number of Alpine walking deaths did drop from 48 in 2011 to 28 in 2012 – making it the year with the lowest fatalities on record. Yet DAV said this could be more to do with the bad weather putting people off going outdoors.

“The ski season of 2011/12 ended early and because winter set in [early] in October, the summer season was also short,” said a press release seen by the Süddeutsche Zeitung. This meant there were fewer days available to set out exploring the mountains.

Exactly how dangerous pushing one’s limits in the mountains can be was illustrated on Monday, when a 63-year-old man fell 100 meters down the Kreuzspitze mountain in the Alps onto stony ground, incurring fatal injuries.