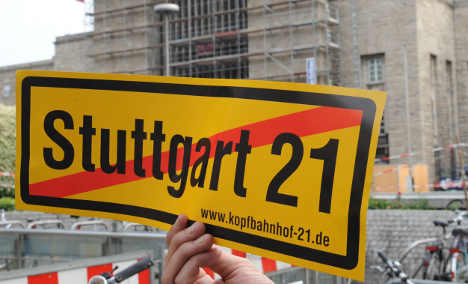 Stuttgart 21 – the rebuilding of the southwestern city’s train station to transform it into a major European transport hub – is falling increasingly behind schedule, German press reported on Wednesday.

Planners are rather charmingly expressing the expected one-year delay in terms of its probability, which they put at 80 percent. So, the chances are that the new underground station will fail to live up to its name and open in 2021 – and is now more likely to launch the following year. €100 million has been set aside for this eventuality.

Planners would be ill-advised to re-name the project however, as the chance of trains not rolling through the new station until as late as 2023 has been put at 40 percent.

Despite that prognosis, Volker Kefer, head of infrastructure at Deutsche Bahn said the company still wanted “to hold to 2021 as planned” and that the setting aside of millions in case of a delay was “a purely commercial precaution.”

Failure to get planning permission for connections with Stuttgart airport and a new high-speed rail service to the city of Ulm is reportedly behind the delay.

There’s widespread opposition among residents of Stuttgart to the project, which they say is too expensive and bad for the environment.

In March, Deutsche Bahn announced it would continue to back the project, despite the cost having risen to €6.5 billion – €2 billion more than originally planned.