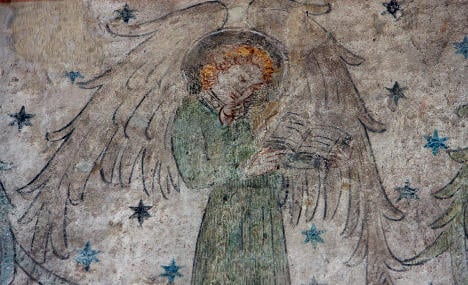 This former Benedictine abbey, founded around 764 AD by the Frankish Count Cancor and his mother, Williswinda, blossomed to become the intellectual and culture core of the Medieval Franconian Empire.

Situated in the western village of Lorsch, between Darmstadt and Worms, the ruins pay tribute to a bye-gone age of early intellectual and medical achievement.

The famous gatehouse or “King’s Hall” is one of the very few buildings from Carolingian times that has retained its original appearance over the centuries. The 1,200-year-old structure serves as a reminder of just how big the once-mighty abbey complex really was.

Lauded as a “jewel of the Carolingian Renaissance”, the gate is the only preserved architectural monument of European significance from these times, and is one of the most important examples of pre-Romanesque architecture in Germany with its arcades, pilasters and half-columns.

Ravaged over the centuries by numerous fires, and pillaged by invading Spanish armies during the Thirty Years War, many of Lorsch’s buildings were lost.

The abbey once housed one of the largest libraries of the Middle Ages and was one of leading centres of learning and culture. One of the best-known manuscripts is the “Lorsch pharmacopoeia”, which is said to mark the beginnings of modern medicine.

In the early Middle Ages medicine was based on herbs and folk remedies. With its extensive herb garden, Lorsch Abbey was also considered a renowned place of healing at this time. The site has been a UNESCO-World Heritage site since 1991.