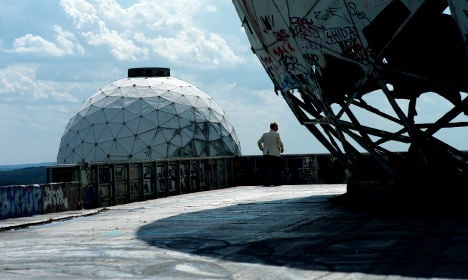 It reacted to a report by news weekly Der Spiegel which said documents provided by Snowden showed that German services closely cooperated with the US National Security Agency (NSA) and used its Internet spy software XKeyscore.

Germany’s domestic intelligence service BfV said it was only testing the Internet tool, which Der Spiegel said can store several days’ worth of Internet traffic data and content as well as key words from online search engines and Google Maps.

The US documents reportedly also praised the “eagerness” of foreign intelligence service BND president Gerhard Schindler to cooperate more closely with the NSA and said the German government had modified its interpretation of privacy laws to allow more flexibility in data sharing.

With elections set for September 22, the claims made by Snowden, some of them first reported by Der Spiegel, have put pressure on Merkel, who has said she only learnt of the PRISM programme through media reports.

Merkel’s spokesman Georg Streiter announced a “comprehensive review” into the claims, with results to be presented between Wednesday and Friday to the parliament’s secret services oversight committee, whose meetings are closed to

the media and public.

Streiter defended the fact that secret services operate out of the public eye, adding that “international terrorism can only be fought through international cooperation, and this serves to protect our citizens in Germany.”

But he also said that “German law applies on German soil, and that goes for everyone, including our intelligence services. That’s why the government takes very seriously the questions that arise from the weekend media coverage.”

“The chief of staff of the chancellery has initiated an extensive review. The .outcome will shortly be reported to the Parliamentary Control Committee,” he added.

Snowden’s claims about the NSA’s PRISM programme to capture and store email, phone and other communication data have angered many in Germany, where the notion of state surveillance triggers dark memories of snooping by the Nazis’ Gestapo and communist East Germany’s Stasi.

Under repeated media questioning, Streiter defended German intelligence ties with the United States: “I find it rather amazing that the impression is being created that we are cooperating with evil. I mean, they are our friends.”

“We have closely cooperated with our friends for decades. And if there are now different views, different interpretations of the law and different laws on personal data in America and Germany, then that doesn’t mean that they are suddenly evil,” he said.