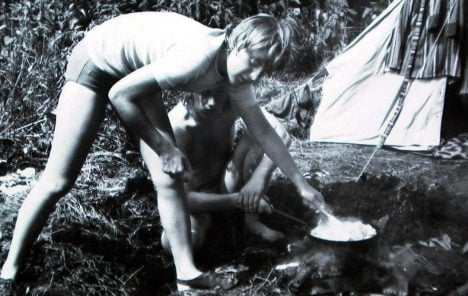 “I thought about leaving many times,” the Chancellor told Welt am Sonntag newspaper adding that it was a plan she often talked about with her family.

As a young girl, Merkel discussed openly with her parents her lack of commitment to the East German nation and told them she wanted to get out. But in the end, she told the paper, she couldn’t bear to face life alone on the other side of the Iron Curtain.

“I didn’t want to leave [my parents] in the lurch and I didn’t want to be on my own myself,” said Merkel. But it was a comfort, she added, to know that in an emergency “we could have applied to leave the GDR and tried to start again in West Germany.”

Like so many millions of others, German reunification in 1990 drastically altered the trajectory of the Chancellor’s life, she said.

Had the Berlin Wall not come down, her life would have “of course been much more constricted due to a lack of opportunities and freedom,” she said. And she would have suffered in a country which was already teetering on the point of bankruptcy.

“The prognoses for the GDR weren’t good, as everybody could see the economy was in a poor state, the capital had been totally used up,” she said.

In May this year, the Chancellor surprised everyone by revealing that she had been a member of both the Free German Trade Union Federation (FDGB) and the Society for German-Soviet Friendship, a propaganda tool for promoting cooperation between East Germany and the Soviet Union.

It had previously been known that Merkel – head of the ruling conservative Christian Democratic Union (CDU) party – had been a member of the Free German Youth (FDJ), East Germany’s official communist youth organisation. Merkel has said previously that she only joined the FDJ for “community reasons.”