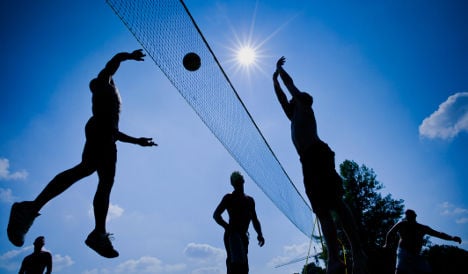 The high pressure system currently treating even the British Isles to a heat wave is set to guarantee Germany some more proper summer sun this weekend, the DWD national weather service said on Thursday.

Prolonged sunshine in many areas will see weekend temperatures hit 26C in the north and soar above 30C in the south, south west and along the Rhine.

Good news for anyone escaping to the coast at the weekend – water temperatures are set to hit up to 20C, a DWD spokeswoman told Der Spiegel on Thursday.

The odd cloud could decorate the solid blue skies in northern Germany on Friday morning, even bringing some light rain to some places, said DWD. But they will clear as the day wears on the DWD said.

Saturday sees a similar picture for the north, with clouds and some light rain in places, set to clear later on. Meanwhile, storms may gather in areas of the south, in the foothills of the Alps and in the black forest.

Sunday will bring blue skies and sunshine to the northeast, with partial clouds developing elsewhere and the further chance of storms near alps. Temperatures are forecast to reach 23C to 31C, not cooling off much overnight but sticking at between 11C to 18C.