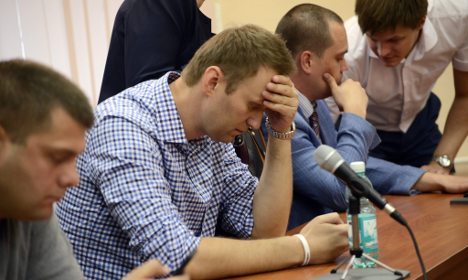 The trial of protest leader Alexei Navalny had “raised doubts about whether criminal justice was the main motive,” said Merkel spokesman Steffen Seibert

“Five years in prison appear disproportionate, given the alleged crime. The chancellor has repeatedly stressed in talks with Russian partners the importance of the rule of law, particularly the independence of the judiciary,” said the statement.

Andreas Schockenhoff, a lawmaker and the point man on Russia at the German foreign ministry since 2006, said he had serious doubts about the independence of the Russian judiciary.

He told German public radio that the proceedings against Navalny, who was sentenced to five years in a penal colony, were intended to neutralise him as a threat with “repressive measures”.

“The Navalny case stands for policies that tolerate no forms of opposition or political competition,” Schockenhoff said after the verdict, calling his prosecution a “show trial.”

“There are acquittals in one percent of Russian court cases but in a political trial there has never been an acquittal,” he said.

However he urged continued European engagement with Moscow, saying it was the only way to lend support to Russian civil society and critics of the government.

Navalny, a charismatic 37-year-old, who emerged as a key figure in mass anti-Putin protests that broke out in December 2011, has dismissed the charges against him as absurd and a set-up to end his budding political career.