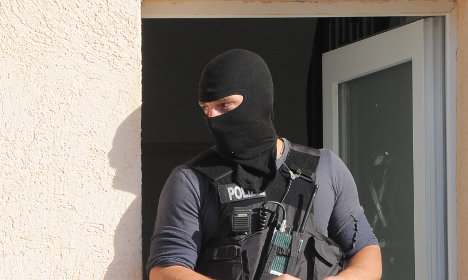 Four suspects in the three countries, plus two neo-Nazis in detention in Switzerland, were suspected of having formed a terrorist organisation that was considering violent attacks, said Germany’s federal prosecution office.

The aim of the coordinated raids, which targeted homes, business premises and jail cells and involved about 50 police in Germany alone, was to gather evidence against the suspects, prosecutors said. No arrests were made.

The men “are suspected of having founded a right-wing extremist ‘werewolf command’,” said prosecutors, referring to the Nazi’s unrealised plan for a clandestine “Werewolf” commando force that would mount a rebellion against victorious Allied forces in Germany.

“The group’s apparent objective was to eradicate the political system of the Federal Republic of Germany,” said prosecutors in a statement. Members of the extremist group were believed to have developed their own electronic encryption programme to evade surveillance.

The prosecutors said that until now the investigators had gathered “no actual evidence of concrete preparations for attacks”.

The raids in Germany took places in the northern states of Hamburg, Lower Saxony and Mecklenburg-Western Pomerania.