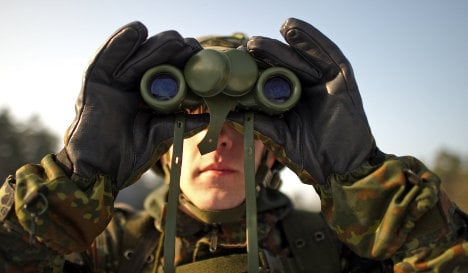 Germany’s foreign intelligence service BND said that a separate programme with the same name existed for NATO forces in Afghanistan to share intelligence.

The spokesman for Chancellor Angela Merkel, who faces elections on September 22, said he had no reason to doubt the BND statement.

The issue is sensitive for Merkel, who said last week she only learnt about the scope of the US National Security Agency (NSA) snooping through media reports.

Many Germans are angry that their emails, phone calls, web searches and other data have been captured and stored under the NSA programme.

would spell political danger for Merkel, whose chancellery oversees Germany’s

The mass-circulation daily Bild reported earlier that the German military

and email surveillance and run by the NSA.

However, the BND later said in a brief statement: “The programme referred

identical to the PRISM programme of the NSA. It is also not classified as

The BND also stressed that it “had no knowledge of the name, scope and extent of the NSA programme”.

Merkel has testily told Washington that “we are not in the Cold War anymore” but also defended the role of secret services in keeping citizens safe and preventing terrorist attacks.

Snowden, on the run from the US government, has been marooned at a Moscow

in Russia. Venezuela, Bolivia and Nicaragua have said they would be open to