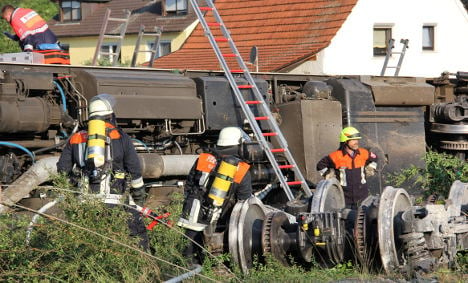 There were around 50 people in the train when it hit the car on the crossing at Kellmünz on the Ulm-Memmingen line in Bavaria, police said in a statement. The accident happened at around 7am.

The badly damaged train kept running for around 100 metres, until part of it came off the tracks and turned over, landing in a front garden.

The woman whose car was hit was badly injured, and fire fighters had to cut her out of the wreckage, while around 20 people in the train were also hurt. One man was thrown from the train and was seriously injured.

More than 40 rescue vehicles as well as four helicopters were used to take the injured to hospitals.

The train line was closed.