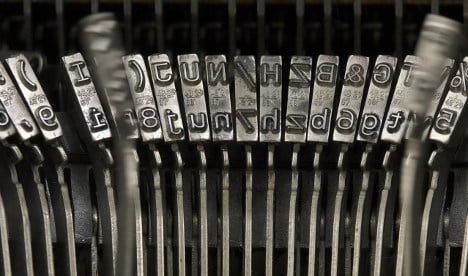 President Vladimir Putin’s secret service the FSO have invited for tenders for hundreds of ink and correction typewriter ribbons for the classic Triumph Adler Twen 180 and Olympia Comfort models.

Olympia, which is based in Hattingen, North Rhine-Westphalia, has also confirmed that Russian firms recently ordered 20 new, electric typewriters for at least €200 each, along with supplies of ink ribbons.

The Russian newspaper Iswestija which has seen the invitation for tender, says that particularly sensitive documents are now only being put on paper and no longer archived electronically – because it is more secure that way.

And this is not only the case for secret services, but also in defence and domestic security ministries, former head of the domestic secret service FSB, Nikolai Kowaljow told the newspaper. He also said that writing things by hand was becoming more popular.