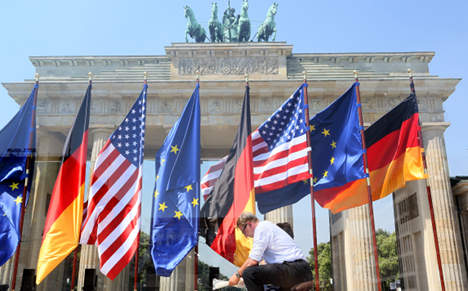 Only 49 percent of survey respondents saw the US as a trustworthy partner, down from 65 percent before the spy claims and the lowest level since George W. Bush was president, the survey said.

The phone poll of 1,005 random respondents was conducted by ARD public television between July 1st and 3rd.

More than two thirds of those polled feared that their government would be unable to protect them against the alleged mass email, web, and phone record snooping by US intelligence services.

Nonetheless, 78 percent expected Chancellor Angela Merkel to take a determined stance against both the United States and Britain, which is also accused of large-scale data mining.

More than half of respondents said secret service surveillance was necessary to prevent terrorist attacks. But 61 percent said they were surprised at the reported scale of the US and UK spy programmes.