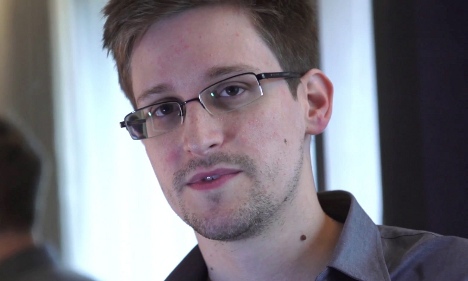 Michael Grosse-Brömer, of the Christian Democratic Union’s parliamentary faction, said it had been a “legally founded” decision. “We have clear pre-conditions for an asylum process and for asylum entitlement, and those pre-conditions were not in place for Mr. Snowden,” he said on state TV channel ARD Wednesday morning.

“I don’t see that the man is being pursued politically,” Social Democratic Party interior policy spokesman Dieter Wiefelspütz told the Mitteldeutsche Zeitung. “He may have breached state secrecy for reasons of conscience. He may be a hero of freedom. But that is no protection from legal consequences.”

The Green party, which had called for Snowden to be taken in, strongly criticized the government. Leading candidates Katrin Göring-Eckardt and Jürgen Trittin released a joint statement on Tuesday evening that said, “Angela Merkel’s decision to deny asylum to Edward Snowden exposes all the hypocrisy of this government. It says it is outraged, but doesn’t do anything.”

Meanwhile Katharina Nocun of the Pirate Party accused the government of putting Snowden under threat, adding that Snowden could expect inhumane treatment or even the death penalty if deported to the US.

“Germany is even holding the door open for these human rights abuses,” Nocun said. “Today I am ashamed of our government.”

Snowden, a former contractor for the US National Security Agency, applied for asylum to 21 countries after releasing details of the scope of its surveillance activities. Most have denied him access.