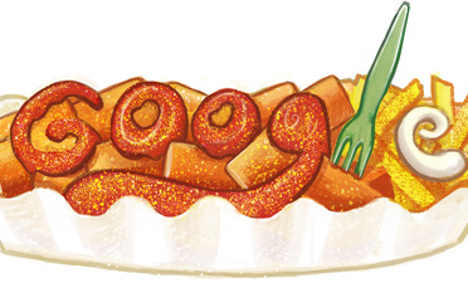 Herta Heuwer, a Königsberg-born, business-savy seamstress who became a sausage enthusiast late in life, would have turned 100 on Sunday.

The story goes that on a quiet day in September 1949, Heuwer, who had abandoned sewing in favour of selling sausages, decided to experiment with new ingredients at her sausage kiosk in the Berlin district of Charlottenburg.

She tossed together some peppers, paprika powder, tomato paste and herbs and poured the whole lot over a sausage, creating – according to Berliners – the world’s first Currywurst.

Heuwer, justly proud of her concoction, registered her Currywurst sauce at the Munich Office of Patents. She, say Berliners – and now Google – is the woman Germans should thank for the some 800 million Currywursts they consume each year.

But not everyone finds that version of events easy to swallow. In Hamburg, the Currywurst genesis story is quite different.

People there claim it was invented directly after World War II by Lena Brücker, who created the original version of the red sauce at her stall at Großneumarkt. That story is supported within the pages of a novel titled ‘The Discovery of the Curywurst’ Die Entdeckung der Currywurst whose author, Uwe Timm claims to have himself eaten a Currywurst there in 1947.

The truth may never become clear, but Berlin fans of the meaty snack will be delighted with the message that Sunday’s Google’s doodle reinforced to the world.

As if the story were not intriguing enough, Heuwer, who died in 1999, insisted on taking her recipe to the grave with her.

“I have the patent and that’s the end of it,” was the phrase the Süddeutsche Zeiting attributed to Heuwer, who reportedly did not reveal her recipe to a single soul.