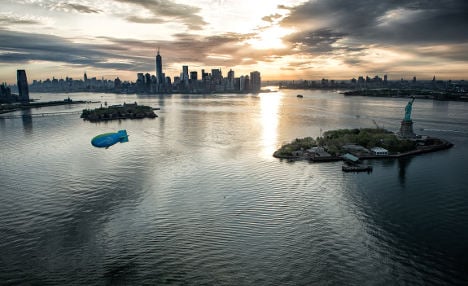 “An airship like this is something special. It draws people all around the world, no matter what continent,” said Haimo Wendelstein, 55, from Stockach in Baden-Württemberg.

“The airship is simply a very nice aircraft, not as aggressive as a helicopter. It hums quietly, is majestic and slow and just friendly in some way,” said Wendelstein, who’s trip is being sponsored by German company Bayer AG which made the airship’s special casing to mark its 150th birthday.

“We’ve already been in Sydney and Johannesburg, we’ve still got Tokyo, Rio and some others to go,” said Wendelstein, speaking on a stop-over in New York. “It’s fascinating to look the Statue of Liberty in the face at a distance of 30 metres. Eye to eye!”

The airship casing itself is the size of three coaches, yet the pod below it smaller than a Ford Fiesta – just big enough for four passengers including the pilot, with two people in the back crammed in with two large gas canisters.

“If someone’s a bit cautious, I always point out that this is the safest aircraft in the world,” said Wendelstein. “Noone has ever been hurt in an airship with hot air.”

If the motor or burner fails the airship simply falls slowly to the ground – even a square-metre hole in the case wouldn’t cause a problem, said Wendelstein.

The aircraft works much like a hot air balloon – the case inflates, then the air inside is heated to 100 degrees by a double burner. As it heats up, the air expands and gets lighter, carrying the 220-kilo case together with the 270-kilo pod up into the air.

The craft can only manage average speeds of around 20km/h, but in good conditions can hit up to 40 km/h. “But it’s not about the distance,” said Wendelstein, “it’s about floating.”

The only difference from hot air ballon is that airships can be steered. The massive craft can be launched from pretty much anywhere and can pack down to size of a shipping container.

The craft is so unusual it is attracting attention wherever it goes.

“Again and again we get radio messages from control towers,” said Wendelstein. “Then the air traffic controllers say: ‘Make another loop around us. We all want to take a photo.’” 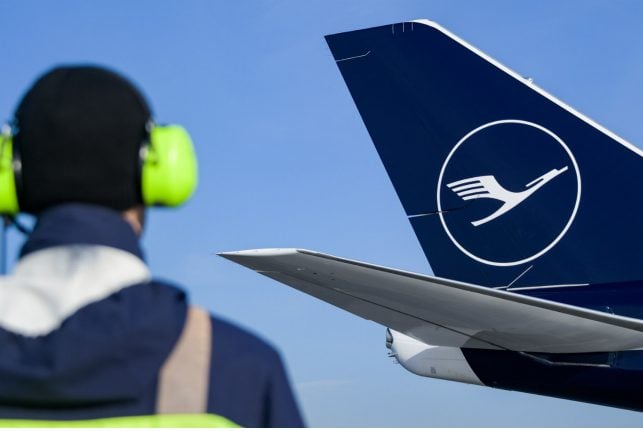 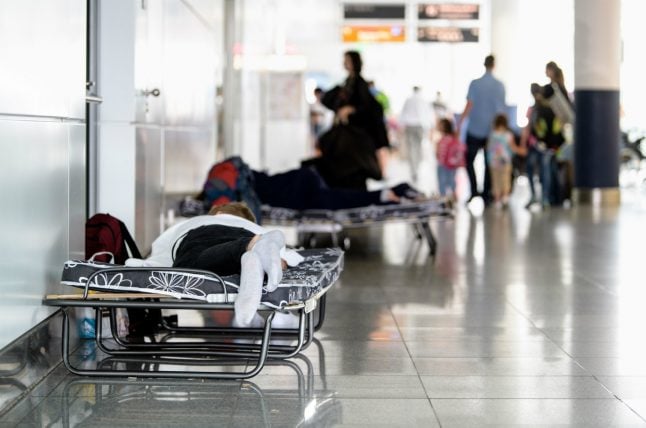 AIRPORT
How a cosmetics bag left thousands of passengers in the lurch at Munich Airport
Url copied to clipboard!