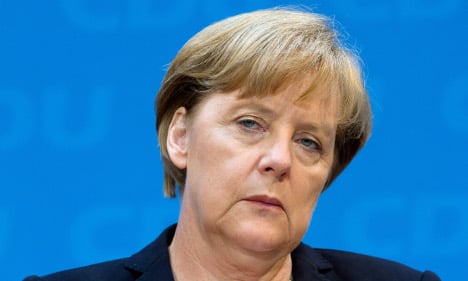 “I have nothing but contempt for this,” Merkel said in Brussels on Thursday night. “The tone seems to be similar across all banks.”

Transcripts of phone conversations between the then head of the Anglo Irish Bank David Drumm and one of his top managers were published by the Irish Independent newspaper earlier this week, causing outrage in Ireland and Germany.

“It is for us a huge challenge to convince people who get up every day and every day do their work and always pay their taxes, do everything, even show solidarity with other people who are weaker,” said Merkel.

“All of this is destroyed by that and so I have nothing but contempt for that.”

“It is a real damage to democracy…for everything we work for,” she said.