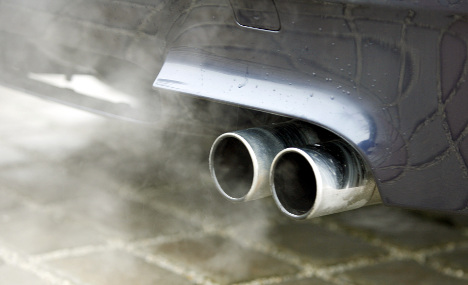 An EU regulation to lay down fixed caps on emissions for new vehicles after 2020 was postponed today after months of intensive lobbying by German car makers persuaded the German government to intervene on their behalf.

The regulation would have seen car makers forced to limit their vehicles’ emissions to 95 grams of carbon dioxide per kilometre. All EU member states – including Germany – committed themselves back in 2008 to reducing vehicle emissions, but this has not yet been set down in EU law.

The emissions reductions goal had always been seen as a serious threat by Germany’s automobile industry, wrote the Süddeutsche Zeitung on Thursday, and for several months it has been lobbying the government to block a binding regulation at the EU level.

And it seems the lobby groups’ hard work paid off, as current holders of the EU’s rolling presidency Ireland saw fit to take the regulation off the agenda on Thursday without a vote.

Rumours abounded in Brussels that Germany had put massive pressure on the other EU states to postpone the binding emissions regulation, said the paper.

According to some sources, Chancellor Angela Merkel herself stepped in to ensure it was put off to a later date, and went as far as putting in a call to Irish Prime Minister Enda Kenny.