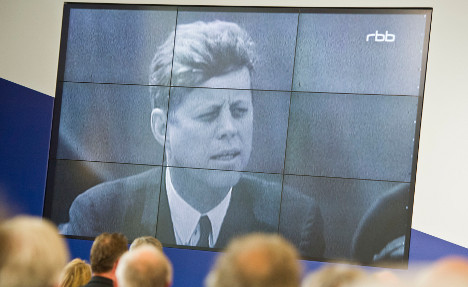 Part of the reason the legend of the Kennedy quote has survived so long is that it relies on an understanding of German grammar – that generally one does not say “I am a Berliner” but rather “I am Berliner”.

The other factor is that in some parts of Germany a jam doughnut is known as a Berliner.

Both elements to the story require a little inside knowledge. On the other hand, it doesn’t take a big leap of the imagination to consider the hilarity that would have ensued if the much-loved US president had been addressing euphoric crowds in Frankfurt or Hamburg to seal an eternal bond between the nations.

At The Local this week we popped down eight wormholes to visit parallel universes – so you don’t have to – and checked out what lunchtime linguistic liabilities might have resulted had Kennedy been talking about a Cold War Wall running through other German towns and regions.