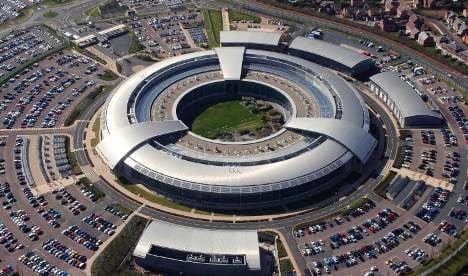 The British secret service communications arm GCHQ is watching the TAT-14 fibre-optic internet cable which processes and transmits German users’ internet and telephone data to the US via the UK, broadcaster NDR and the Süddeutsche Zeitung newspaper reported on Tuesday.

The reports came as Germany was still reeling from last week’s shock revelation by former CIA employee Edward Snowden of the existence and scope of Britain’s ‘Tempora’ intelligence operation, with which GCHQ keeps tabs on European communications.

Documents shown by Snowden to British newspaper The Guardian revealed that GCHQ had secret access to more than 200 fibre optic cables across the world, including TAT-14, a 15,000 kilometre-long data highway which connects northern Europe to the US via Denmark, Germany, The Netherlands, France and the UK.

The cable runs from Denmark to a German hub in Norden, East Friesland, before continuing along the seabed surfacing in Katwijk in the Netherlands and St. Valery in France and then crossing the channel.

It hits British soil in the coastal town of Bude-Haven on the south-western tip of Cornwall, where the paper said it was presumably accessed by GCHQ. From there, it crosses the Atlantic, surfacing in two towns in New Jersey, USA.

Snowden’s revelations showed that British communications providers Vodafone and British Telecom (BT) were involved in helping with GCHQ’s cable taps, which allowed the service to sift through vast amounts of communications data every day.

Vodafone issued a statement emphasising that companies must follow the laws of the country they operated in, but declined to give further details in the interests of “national security.” BT, meanwhile, has so far refused to comment, the paper said.

Both the German government and the German foreign intelligence service appear to have been completely ignorant of the British spying activities, which Snowden described as “worse” in scope than the recently-uncovered US “Prism” program.

Chancellor Angela Merkel’s government submitted a list of questions about Tempora to the British embassy in Berlin on Monday, with the aim of “clarifying what is occurring on what legal basis and the scope [of this],” said Merkel’s spokesman Steffen Seibert.

Meanwhile, concern and outrage is growing in Germany as the implications of last week’s revelations begin to sink in.

“Great Britain is the data leech of the European Union,” Jörg-Uwe Hahn, Hessen’s state justice minister told the Handelsblatt newspaper on Tuesday, and added that the revelations raised serious trust issues for the whole of Europe.

“Can we trust the British government for example with matters of trade that they won’t deploy their spy network at the expense of their partners?” he asked.