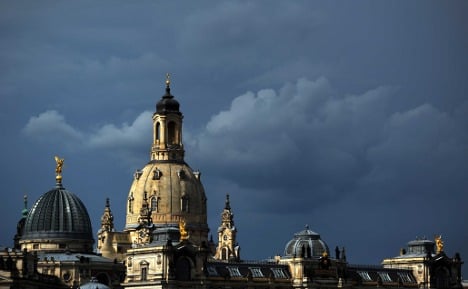 The low-pressure weather system currently over Scandanavia is set to send cooler sea air of “sub-polar origin” to Germany over the next week said Thomas Ruppert from DWD on Sunday.

Overall, the picture is cool and changeable with the highest temperatures for first half of the week struggling to make 15 to 20 degrees.

By Sunday afternoon, high winds are forecast to hit the north west and west, growing stronger in coastal and mountainous regions, with isolated storms breaking out in the north west.

Meanwhile, southern Germany will be pelted with prolonged rain in places, continuing overnight into Monday with temperatures sinking down to between 8 and 14 degrees.

On Monday the rain is set to spread across southern and southeastern areas with temperatures stuck at a cool 13 degrees and struggling to get into the high teens elsewhere.

More rain will hit most of the country on Tuesday, especially eastern and Alpine regions, said DWD. Only north west see some brief sunshine, meaning temperatures will stay relatively cool, between 14 and 20 degrees.

The cloud blanket will still be around on Wednesday, bringing isolated showers to western areas.