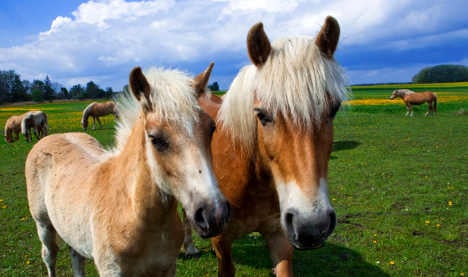 “My husband is going to sleep with the animals tonight and tomorrow night,” Ute Hinkelmanns, whose Shetland pony suffered multiple stab wounds in a recent attack, told the Rheinische Post.

Police released on Wednesday a second man suspected of killing a sheep and pony, as well as seriously injuring a further two ponies during nighttime raids in the towns of Moers and Krefeld in North Rhine-Westphalia, the paper reported.

The 36-year-old man – along with another individual police had already released- remains a prime suspect in the case, and even confessed to involvement in the crimes.

Up to now, attacks have taken place only on Wednesday and Thursday nights. Hinkelmanns is incredulous that the suspects have been released. “People who do something like that can’t be right in the head,” she said.

Wilfried Albishausen, chairman of the North Rhine-Westphalian branch of the Federal police, knows from personal experience how difficult it can be to keep offenders in custody, particularly if they don’t have a recent criminal record or don’t pose an immediate risk of absconding.

Placement in a psychiatric hospital only applies in extreme cases, he told the paper.

He can, however, understand the concerns of citizens. “In such cases, there’s often a potential for violence against humans too,” he said.

For that reason, Rolf-Peter Fuß, managing director of the Rhineland Equestrian Federation, has opted to keep his stables locked instead. But others in the community have argued that this isn’t an option in hot weather.

Dieter Huppers, who owns 30 horses in the Krefeld-Moerser area, is considering setting up a watch-post on his land. “After all we’re now back to the same point as we were before the arrests,” he said.