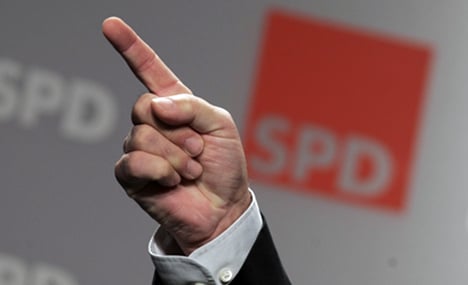 Support for the centre-left Social Democrats is now at 22 percent, lower than in 2009, when they suffered their last heavy election defeat, a poll carried out by the Forsa Institute for Social Research and Statistical Analysis revealed on Wednesday.

Merkel’s conservative Christian Democrats and its Bavarian sister party, on the other hand, are riding on a solid 40 percent. Merkel’s pro-business junior coalition partner, the Free Democrats have inched up to six percent, clearing the crucial five percent hurdle necessary to get into parliament.

A potential but unlikely coming-together of the Social Democrats, the Green Party and the Left Party still trails a percentage point behind the current Christian Democrat and Free Democratic coalition.

The newly-formed anti-euro Alternative for Germany party (Alternative für Deutschland) has failed to steal much support from the Christian Democrats, contrary to what some analysts had predicted. Along with the pro-internet freedom Pirate Party, it has garnered just two percent support.

Reports of strife between Steinbrück and party leader Sigmar Gabriel have done little to inspire confidence in the party. And Steinbrück’s communication style, which has at times been called belligerent, has done him no favours either.

That said, standing against Merkel is a daunting task for even the most polished politician. Her unflappable style, and what’s perceived in Germany as smooth handling of the euro crisis, convey an image of calm in the face of volatile global financial markets and soaring unemployment elsewhere in Europe.