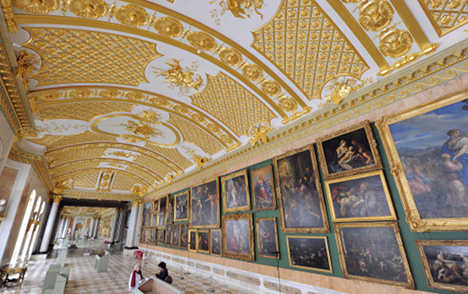 Over a period of almost four centuries, the rulers of Brandenburg and Prussia commissioned the finest artists of the age to create a stunning ensemble of palaces and parks for the royal city of Potsdam.

In the 19th century the landscape gardener Peter Joseph Lenné took the palaces and gardens left from the time of Frederick the Great, and created a garden landscape that extends from Sanssouci Palace to Peacock Island in Berlin. Built on vineyard terraces between 1745 and 1747, Sanssouci Palace with its 290 hectare park is the oldest of Potsdam’s high-calibre cultural attractions, which include some 500 hectares of parks and gardens and around 150 buildings dating from 1730 to 1916.

On the World Heritage list are: the palaces and parks at Sanssouci, Babelsberg and Sacrow, Glienicke hunting lodge and the New Garden in the north of Potsdam with the Marble Palace on the Heiliger See lake, and Cecilienhof House. All have been a UNESCO-World Heritage since 1990.