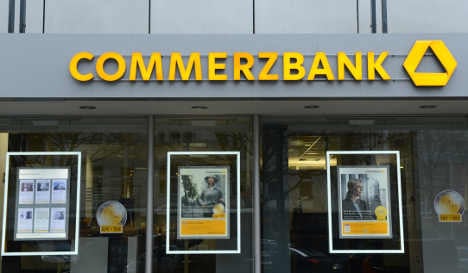 Discussions about job cuts have, business daily Handelsblatt said, been ongoing since February. In the first quarter of this year, the bank set aside reserves of almost €500 million to cover the cost of redundancies.

Commerzbank employs 41,000 people and a further 13,000 in subsidiary companies. It’s unclear how many jobs will be lost at the primary concern.

What is known is that the losses are expected to particularly hit Commerzbank’s retail or high-street banking division, which is suffering from low profitability.

While the bank booked losses of €94 million in the first quarter of the year, it was less than analysts had predicted and significantly less than in the same period last year.

In March, Commerzbank committed to undertake a €2.5 billion capital increase to repay further chunks of a state bailout it received during the 2008-2009 financial crisis.

A final decision on the job cuts is expected on Wednesday.