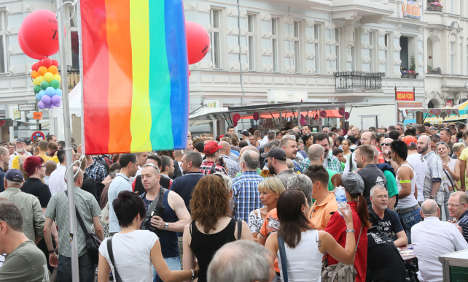 Berlin’s mayor Klaus Wowereit, who is gay, took part in the festivities. He said the festival embodies the city’s openness to the world and its progressiveness, the Berliner Zeitung reported.

The two-day festival, which wraps up Sunday evening, is expected to draw more than 400,000 spectators to the Schöneberg area of the city. Head organiser Dieter Schneider said that by Saturday afternoon the steady stream of visitors was larger than last year.

Despite the festivities and Berlin’s claim to openness, the city has reported continued crimes against its gay and lesbian residents.

A 77-year-old gay man was attacked and badly wounded in April. Last Saturday men attacked and hit several women, with police reporting homophobia as the likely motive behind the attack.