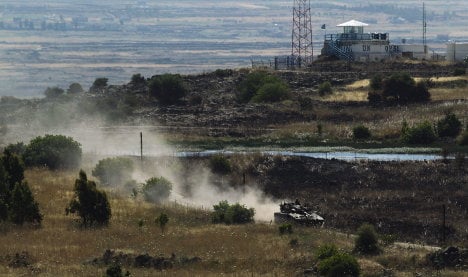 Rainer Stinner, the FDP faction speaker, told the Tagesspiegel newspaper on Friday that he was “exceptionally skeptical” that the weapons delivery would help and thinks it would cause more problems than it solves.

“The situation in Syria is completely unclear. No one knows who is going to end up with the weapons. They could be used against our partners. There is after all the danger that the conflict expands and spills over into other countries.”

The FDP, the junior coalition partner, is also the party of Germany’s foreign minister, Guido Westerwelle.

Stinner noted that there is no reason for Syria’s besieged President Bashar al-Assad to compromise, as he is achieving military success in the field.

“Why should he agree to a political solution when he can beat the rebels?”

He called for a planned conference in Geneva to begin as soon as possible and regretted that the various opposition factions cannot get it together to get the conference going. Disagreement among the opposition was another reason not to send weapons.

Stinner said some in the coalition have different views. A no-fly zone requires an extensive military operation that could risk the mobilization of Assad’s allies, thereby escalating the conflict.