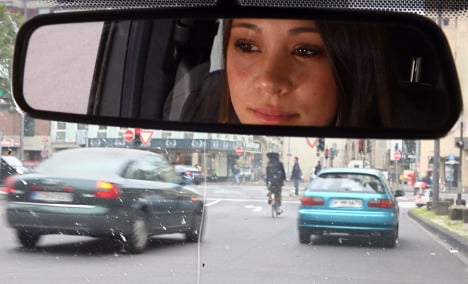 Insurance company Axa said they paid a full 25 percent less for accidents caused by young women than for those caused by young men, Die Welt newspaper reported on Friday.

And a survey showed that people were coming around to the idea that women reacted better in dangerous driving situations, according to figures from a survey of German drivers that the firm commissioned from Forsa pollsters.

It would seem that experience increases people’s appreciation of women’s driving, with those questioned who were between 55 and 64 years old, more likely to say women were the better drivers. Of this age group 46 percent favoured women behind the wheel while just 19 percent said the men were better, while 32 percent said neither were better.

The situation was reversed within the 18- to 24-year-old age group with 43 percent saying men were better and 28 percent favouring women. A further 23 percent said they did not think either gender was better.

Women appeared less confident of their driving abilities than men – which may affect how they behave on the roads.

The biggest problem for everyone is bad weather, with 83 percent of women nominating it as a dangerous, difficult situation. Of the men, 67 percent said they had trouble with rain or snow.

Driving in the dark is also a concern for many, with nearly half of women uncomfortable driving after dusk, while just 27 percent of men saying this was unpleasant.